Sorry, no awkward family drama show here, just an update to the ongoing and evolving world of containers. In this post I will provide an update on the state of Windows containers and the rise of Kubernetes.

What is a Windows Container? 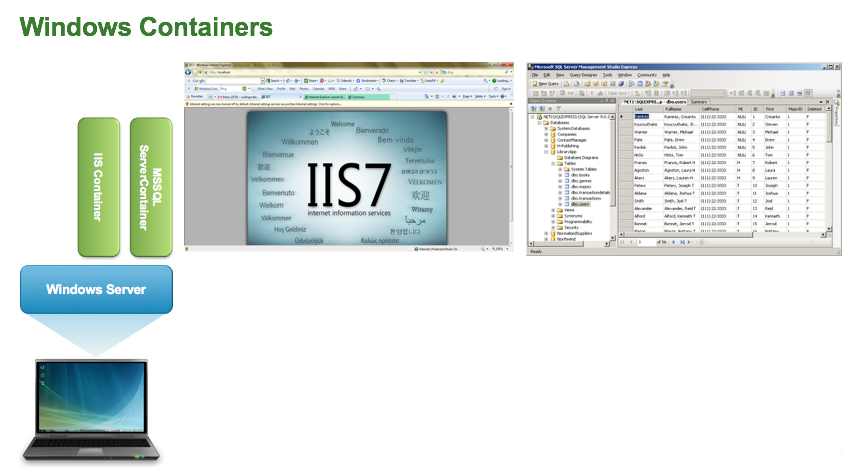 Windows Containers look great, why isn’t everyone using them?

The reality is Windows Containers are huge compared to Linux Containers, on average 4GB compared to 200MB for Linux. The operational efficiencies like time and disk space are simply not there with Windows Containers yet. Add to that the licensing overhead and the fact there is still a registry, patches and virus protection required they get less and less attractive. Also the ecosystem around containers in general largely support Linux at the moment. This is not to say that Windows Containers won’t catch on or get smaller over time, this is just the state we are in at the moment.

The Rise of the Container Scheduler: Kubernetes is here!

Ok, they are not exactly apples to apples but hopefully you get the comparison. Docker is the container run time engine and Kubernetes is a container scheduler that places containers on available hosts in a Kubernetes Cluster.

Why should I run Kubernetes on vSphere?

Ya, I get it, your looking at the pictures above and thinking “Hey I can just run all this on bare metal, right?”. Well you could but why would you want to. Keep in mind that installing Kubernetes is actually very complicated. This Blueprint I created for vRealize Automation took over a month and I am still updating it with changes as Kubernetes releases new versions. Also as I explained, eventually Windows Containers will be in the mix here and do you really want to go back to installing Windows on Bare Metal Servers? Ya, I didn’t think so. Also keep in mind that you can run Kubernetes in the Cloud on VMware Cloud on AWS today.

How do I get started with Kubernetes on vSphere

Here are a couple resources to test it out:

How is VMware making it even easier to install and manage Kubernetes on vSphere?

Recently at VMworld VMware and Pivotal announced a joint effort to deliver Pivotal Container Service for vSphere. This will be a Wizard based installer for deploying and managing Kubernetes Clusters on vSphere.

One Reply to “Containers for the vSphere Admin: After School Special Update”