I remember as a kid going to Pizza friday nights playing Gauntlet and hearing that computer voice saying “Red Warrior is about to die” over and over. I now realize this was just a way to get more quarters from me.

Today I feel this same voice calling out to end the host naming insanity. As data center’s and technology continues to evolve we start to see less and less connection between the host name and the actual use or location of the system. For example  let’s look at a  host name like: sfwinweb23 or nylinuxdb24

You can see the host names use location, then the operating system, then the function and a number. This worked great before virtualization but what happens when you want to relocate those servers to another location or consolidate to a central data center? Imagine you consolidated all your regional servers in North America to New York.  Now you have a server named sfwinweb23 in New York. That just doesn’t make sense. Or what if you re-purposed the same server as a Microsoft SQL server?

vCloud Automation Center provides a way to auto generate host names based on what ever criteria you like:

We can then use custom properties to record information about what the particular server does, where it is located and what OS it is running on. 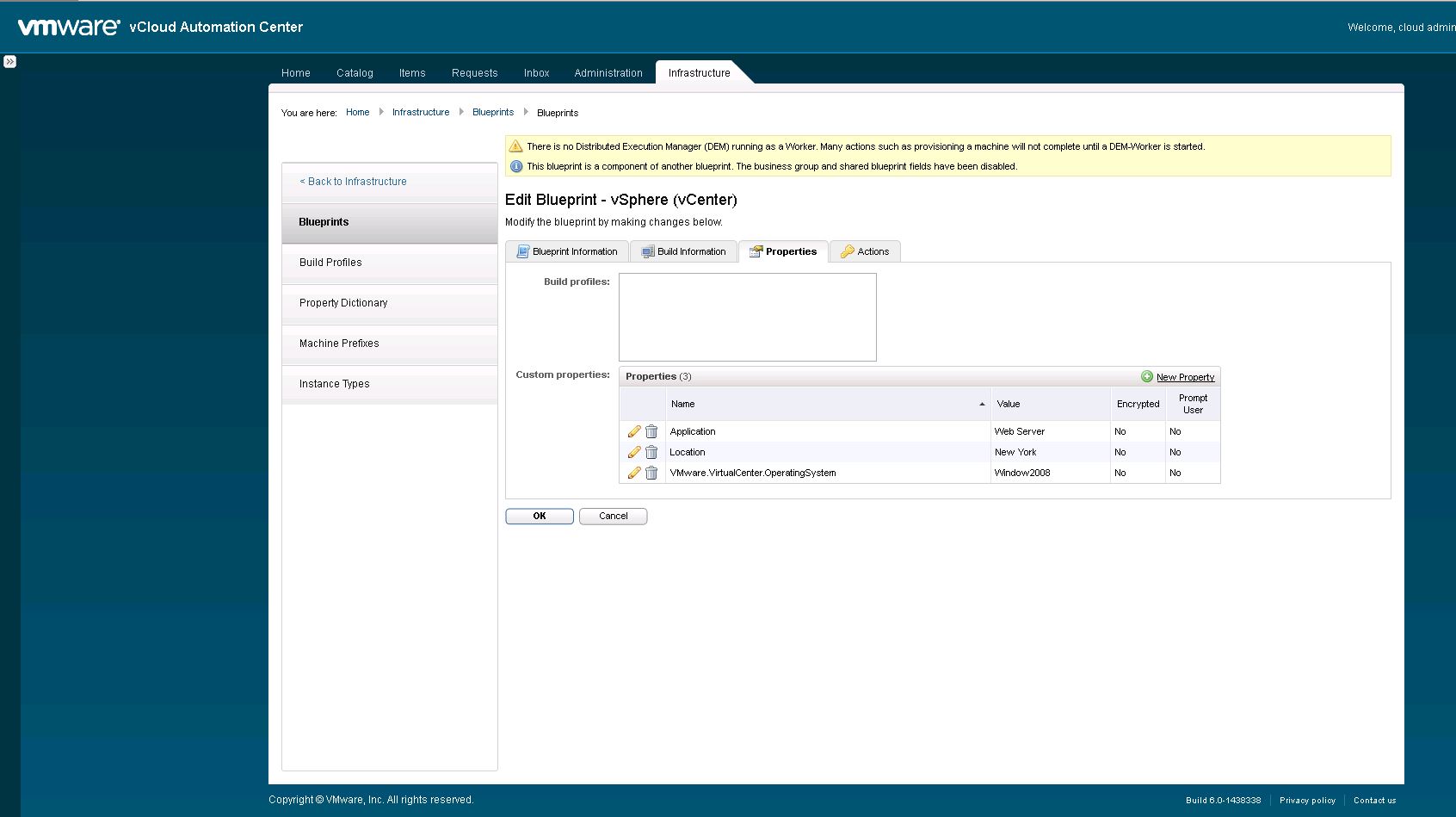 Now, I know what your thinking. “We don’t just use the host name to identify the location and the app for cosmetic reasons. We also use that so that our app server build software knows how to install and configure the system.” For example, when we deploy Red Hat servers we also use the host name to tell satellite which kick start scripts to run. Fair enough, but did you know that we can achieve the same with vCAC custom properties? When you add custom properties to a blueprint, that information then becomes meta data. We can use that meta data as input into any in guest script that you want to launch. This ensures that this data can be changed or modified out side of the server. Unlike the catastrophic effects that changing the host name of the operating system would have.

Are you ready to get out of the Gauntlet? I would love to hear your thoughts or feedback on this topic. Hit me up on twitter @vmtocloud or comment below. Looking forward to a good discussion on this topic.

2 Replies to “The Hostname is about to die!!”