In my last post I showed you how to create the developer friendly blueprint in vRealize 7. In this guide we will show how to invoke the REST API to make this request. Before we get into the details it helps to illustrate how each team wants to interact with the infrastructure. Many vSPhere admins, including myself, spend most of their time in some sort User interface. The developer on the other hand is usually living in command line or some sort of IDE environment writing code. For repetitive tasks such as server build they would rather code and script it once rather than going into a GUI to point and click. Developer also want a way to programmatically integrate their other build solutions like Jenkins for example.

A tail of two worlds 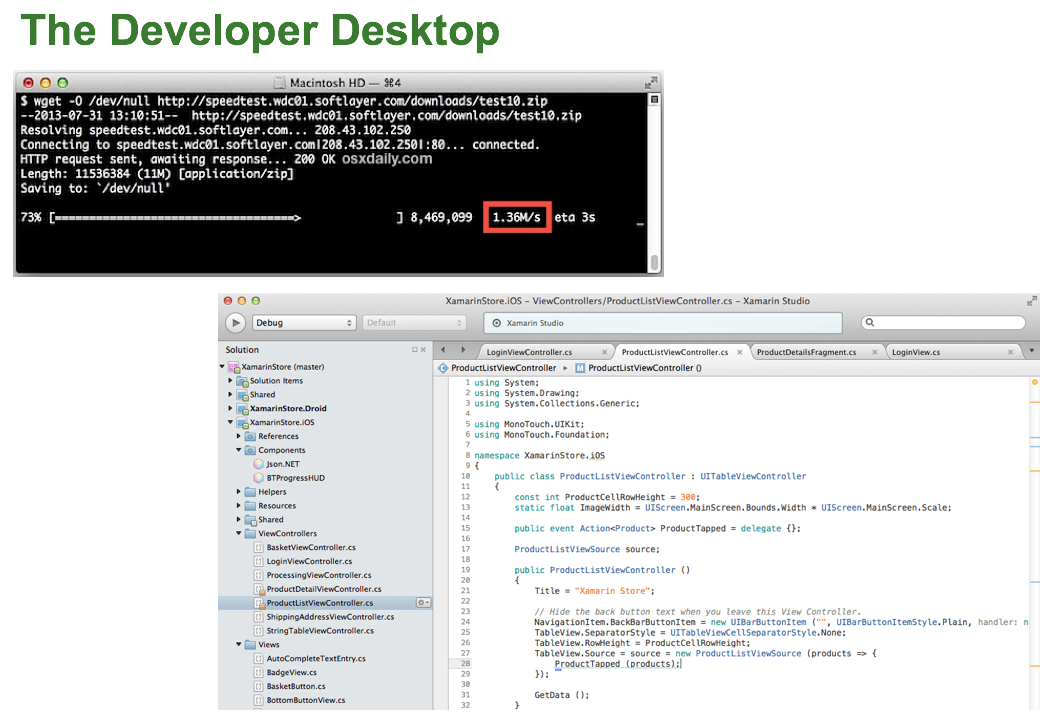 Lets get started, first we will need to set some environment variables to save us time. Let’s export the vRA appliance host name. 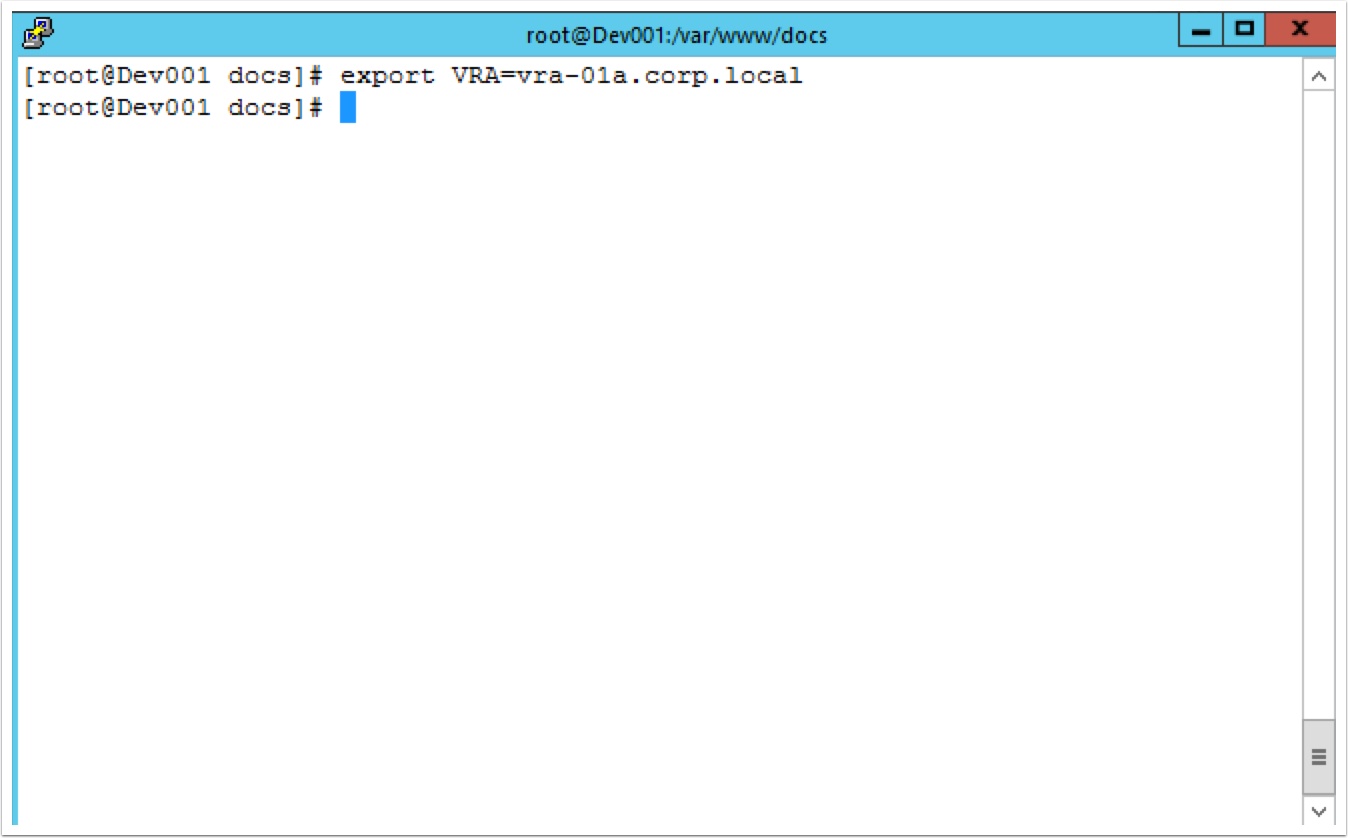 Create variable for the HTTP Accept header, which tells the server what format you want the response to be in. 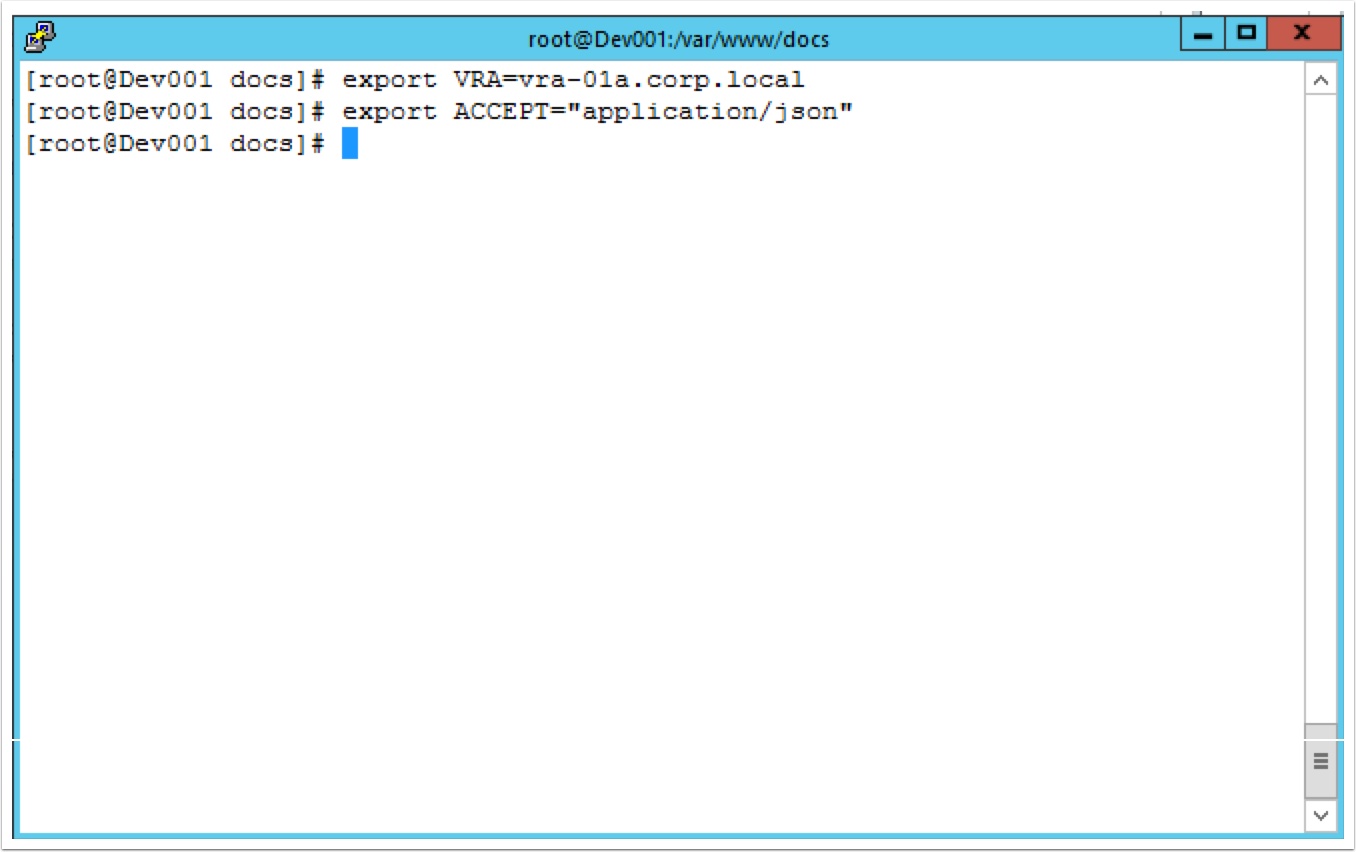 Here we will authenticate by requesting a bearer token via a POST against /identity/api/tokens API, and we will store the bearer token in a variable so we can use it on future API invocations. This example passes user Tony’s credentials (vsphere.local tenant) with inline JSON, but you could also create variables or store this JSON in a file and use the file instead. 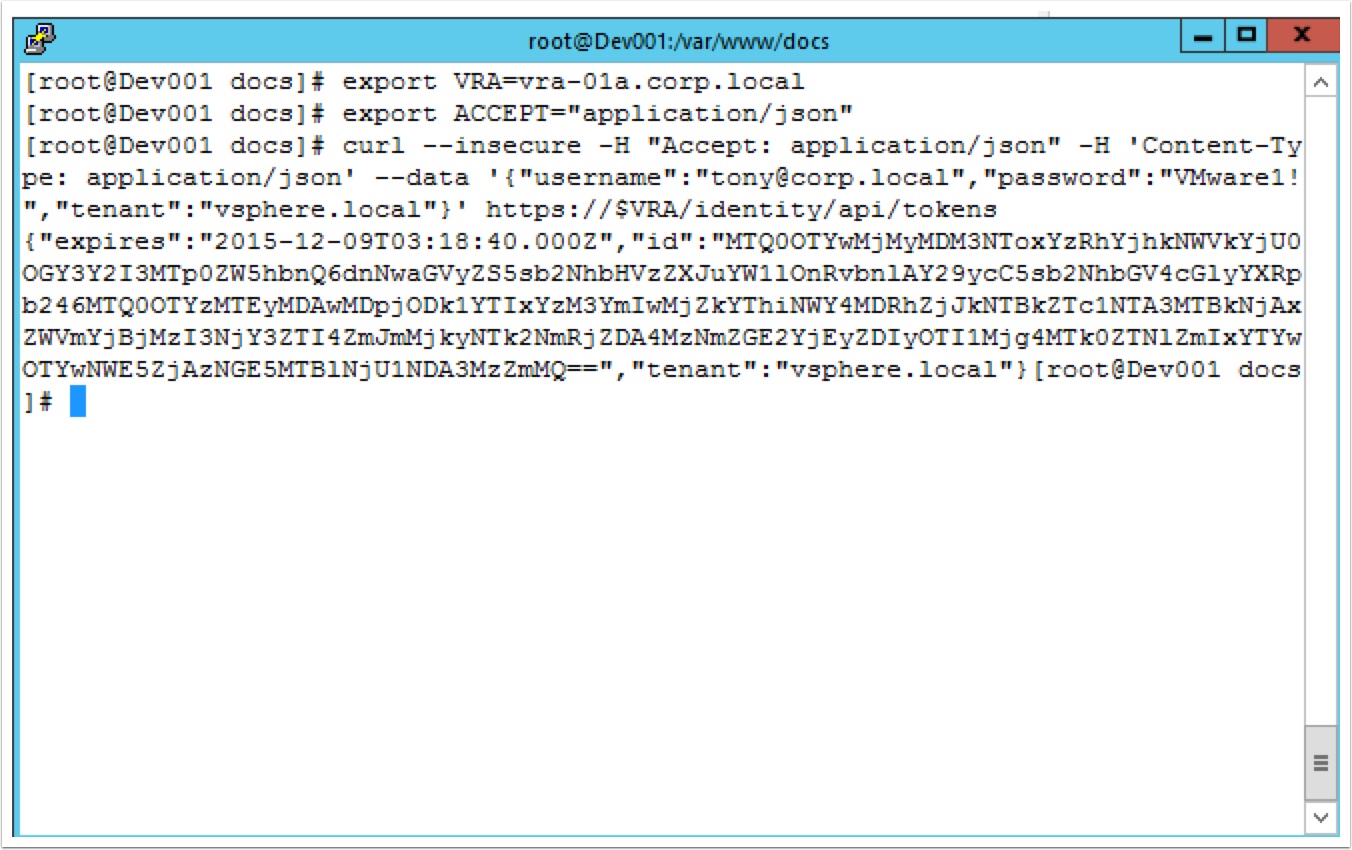 Now let’s grab the bearer token from the response above. Highlight all the text between the quotes as shown and copy it to the clip board 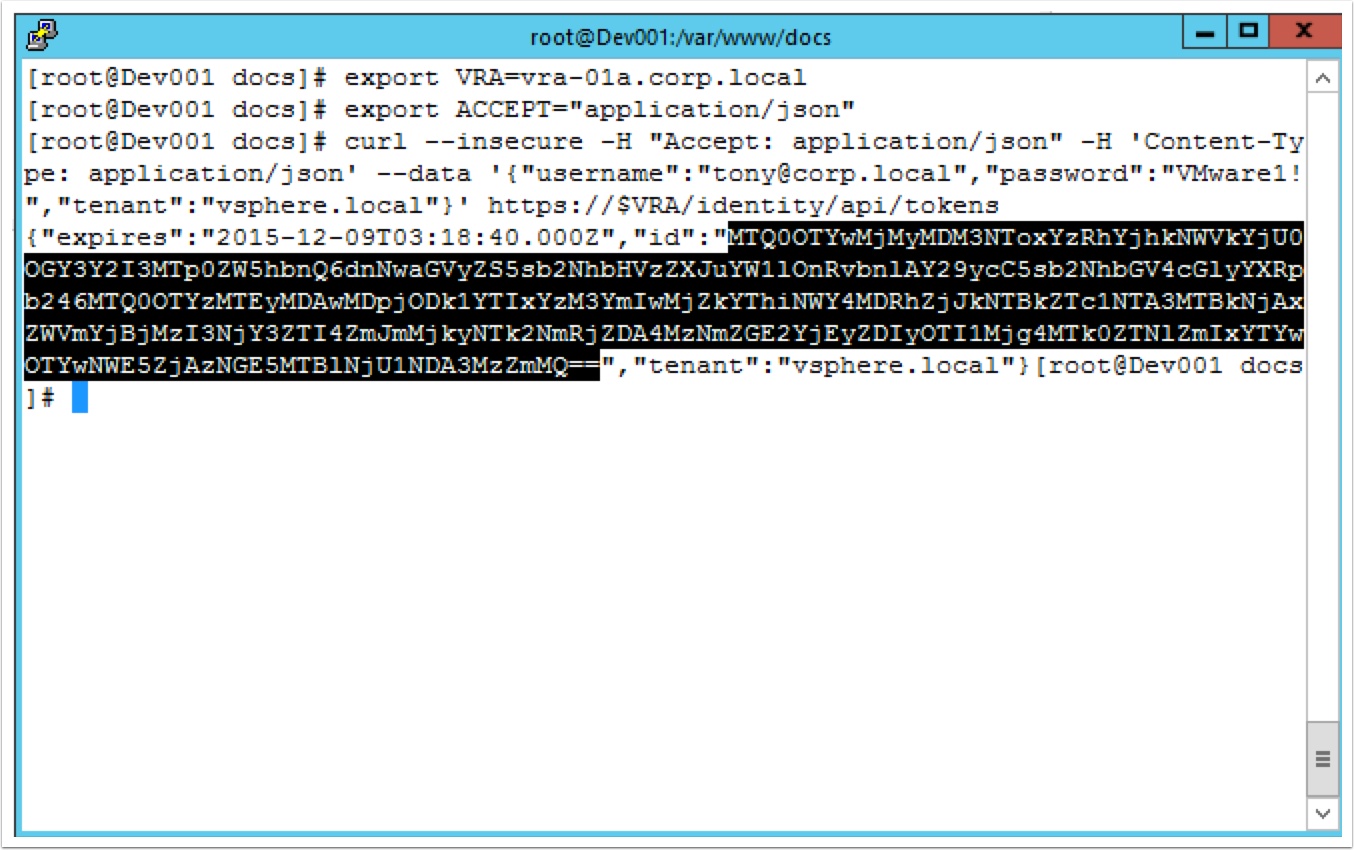 Now we will export the token to a variable like below 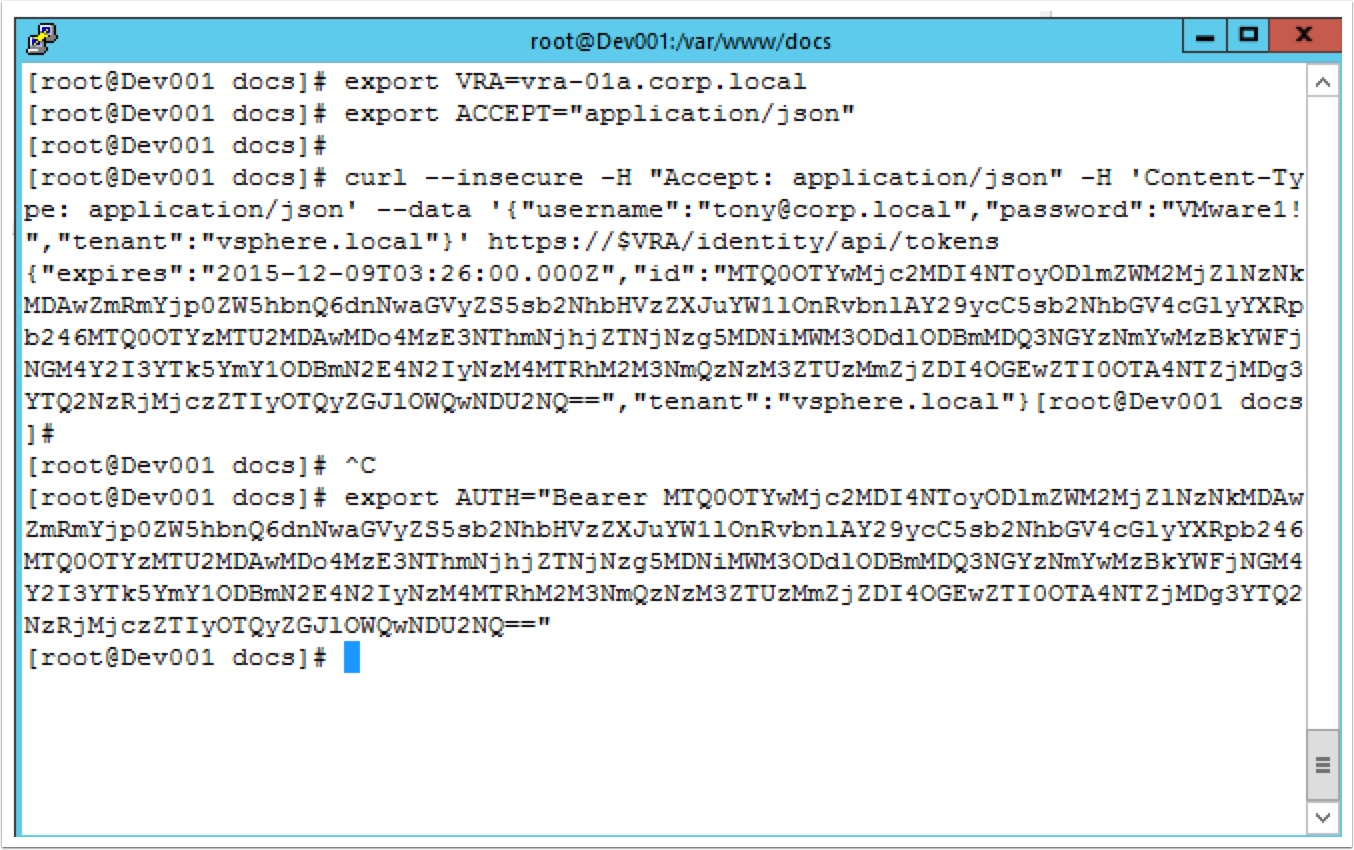 Notice I add a pipe on the end of the command. This makes the JSON output more readable.  | python -m json.tool 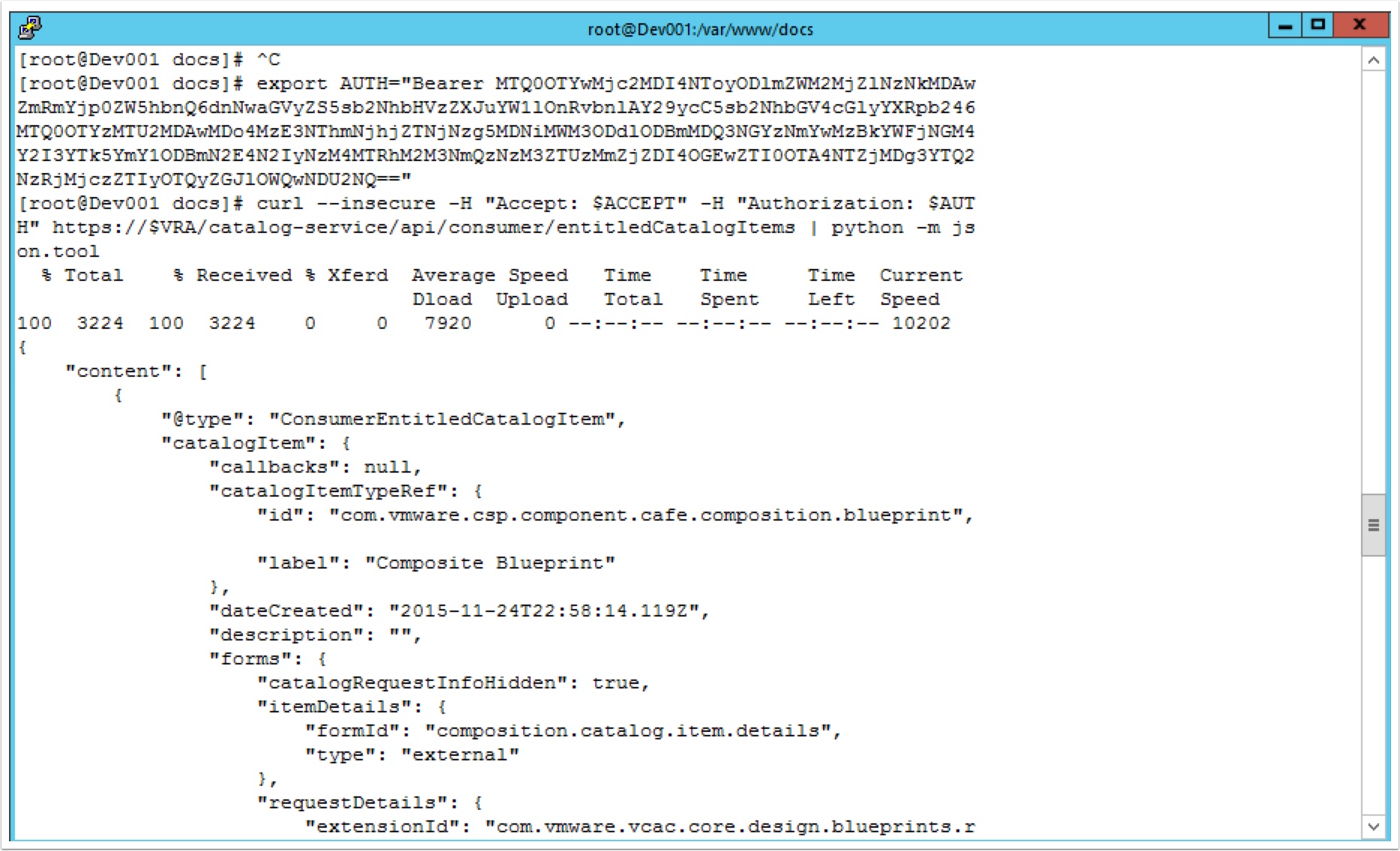 Ok, now that we have connectivity let’s find our catalog item and make a request. Enter the following to bring up the requests view 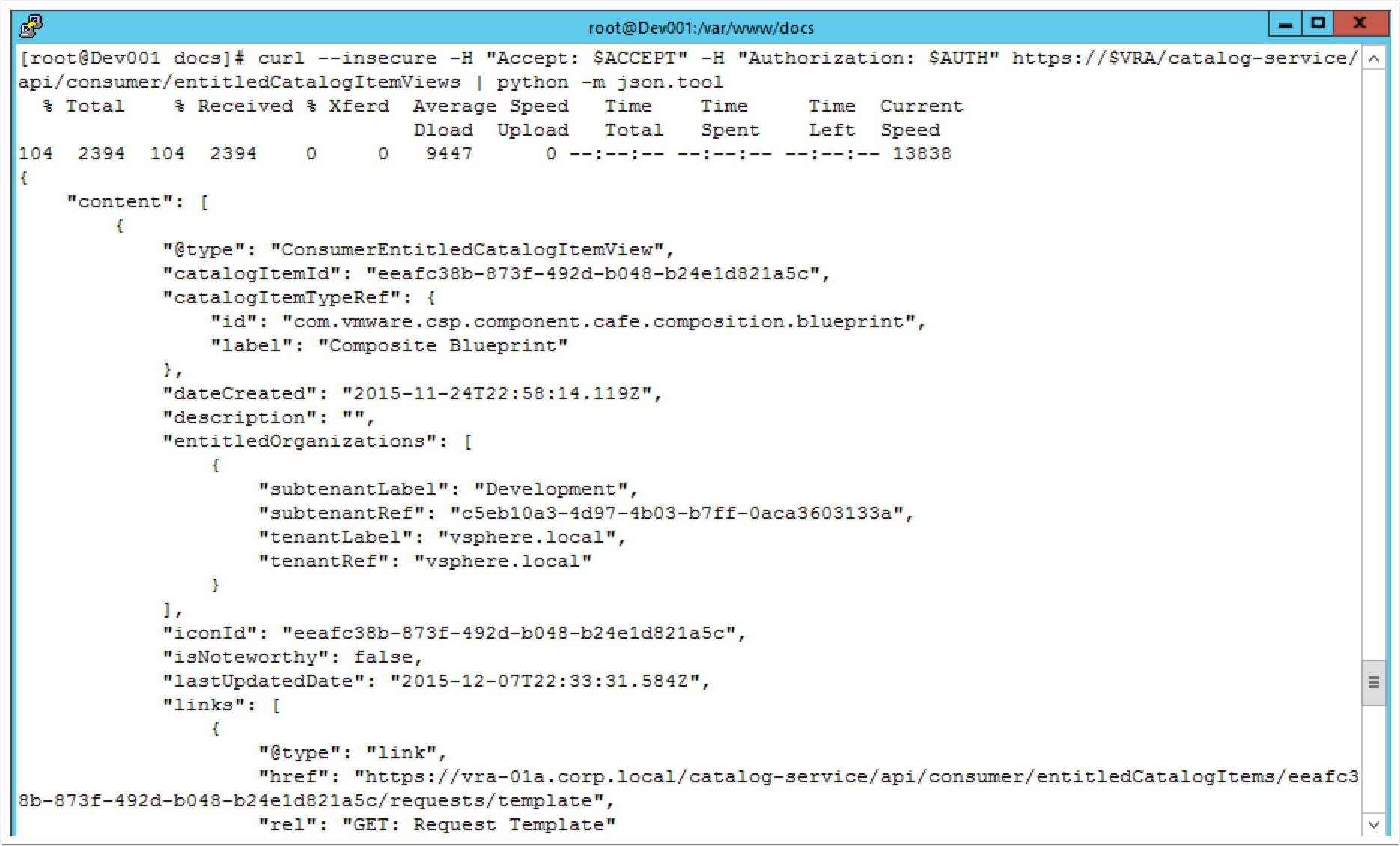 Now let’s locate the URL to get the request form for our CentOS6.3_vRAagent blueprint. Highlight the URL as shown and copy to the clipboard. 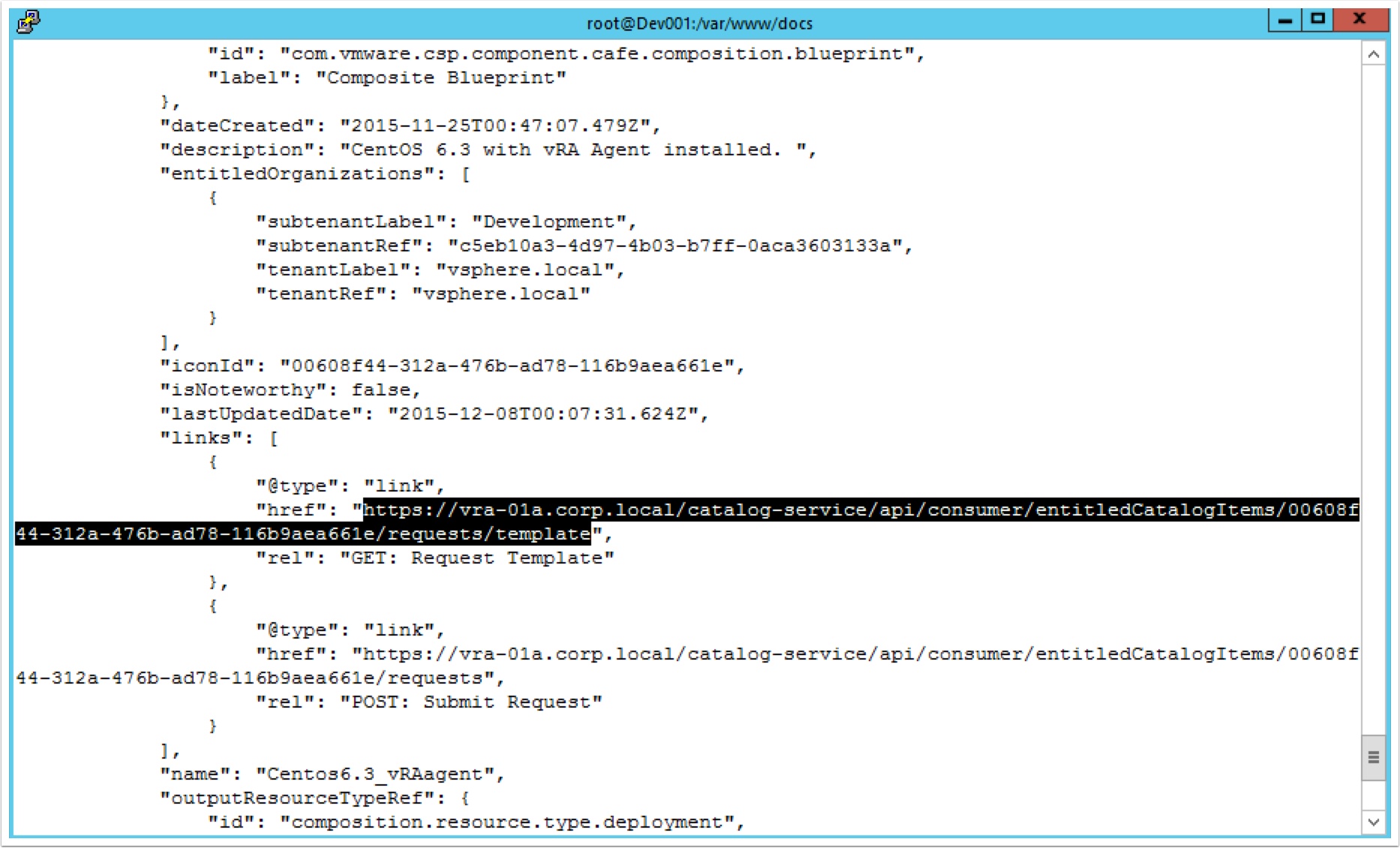 view the contents of the output json file by typing cat myrequest.json

Now open the myrequest.json file in the VI editor and click i to insert, scroll down to the GetandRun_1 section and notice the Directory, myscript and wgetURL sections. Fill them in as shown with your information

Press ESC then hold shift and press ZZ to save the file.

Now let’s create and invoke the request using the following and press enter Note: below the items in red that you will need to input for your environment.

Note: below the items in red that you will need to input for your environment.

You can use the following to view the requests

Or go to the portal 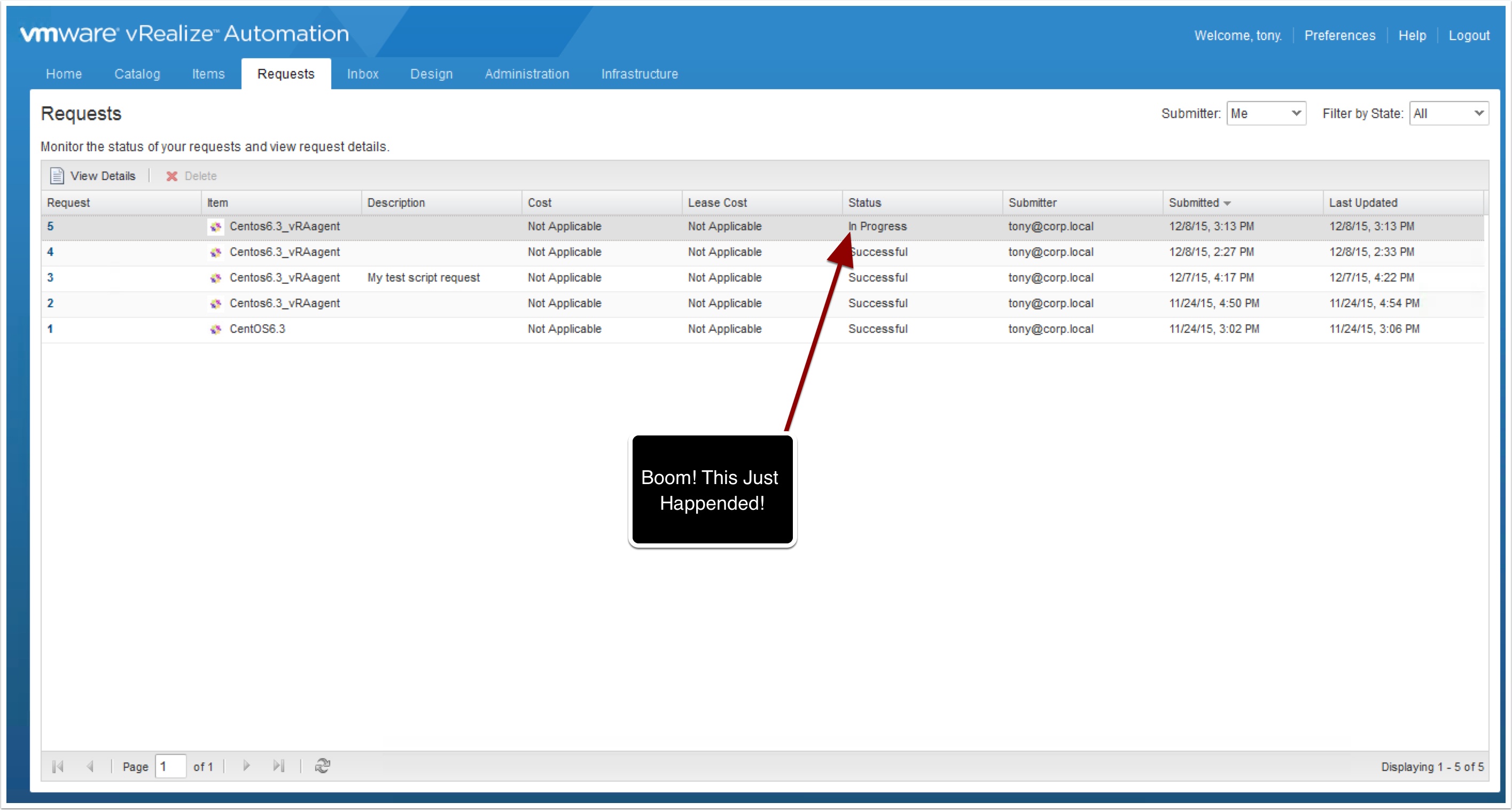 Now that you can request a blueprint from the API as well as push scripts into that guest OS and run commands you can take it even further and create multiple requests ad link them together. For example if you wanted to create a multi-tiered app you could create a request for an Apache Web Server, Oracle DB and Tomcat server.