So you want to make your developers happy but you are a vSphere admin and you already have enough on your plate? I am going to make it super easy for you to give your developers what they want (a command line to script their infrastructure request) and what you want, (an easy to use and administer UI). So let’s get started. A couple of things you will need in place:

Power on your Linux guest agent template and login as root or sudo to root and create directory on the root file system named repo. This is where you will mount your NFS share to. 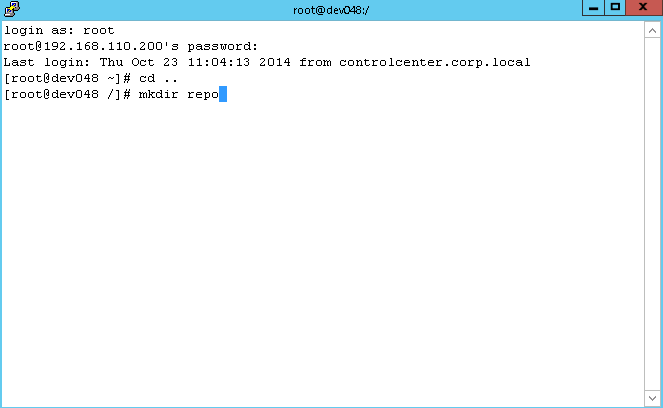 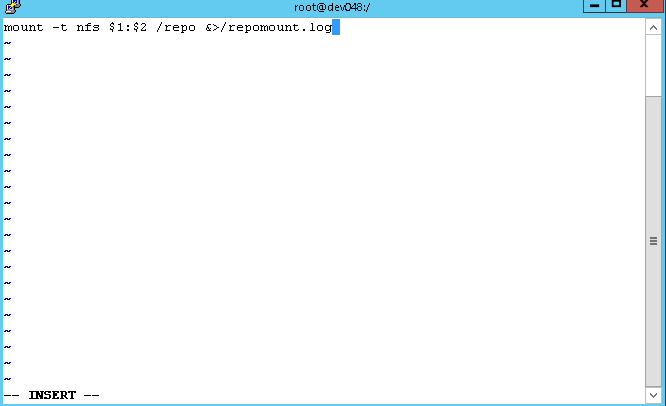 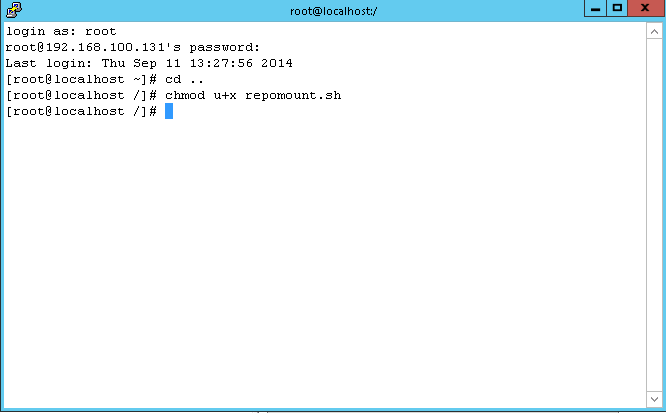 Now shutdown your template. If you are using Linked clones you will also need to take a new snapshot and then run an inventory scan in vCAC and update the blueprint to point to the new snapshot

Now let’s create the build profile for this blueprint to use. Login to vCAC and navigate to the Infrastructure tab, then Blueprints, then Build Profiles and click to create a new build profile. 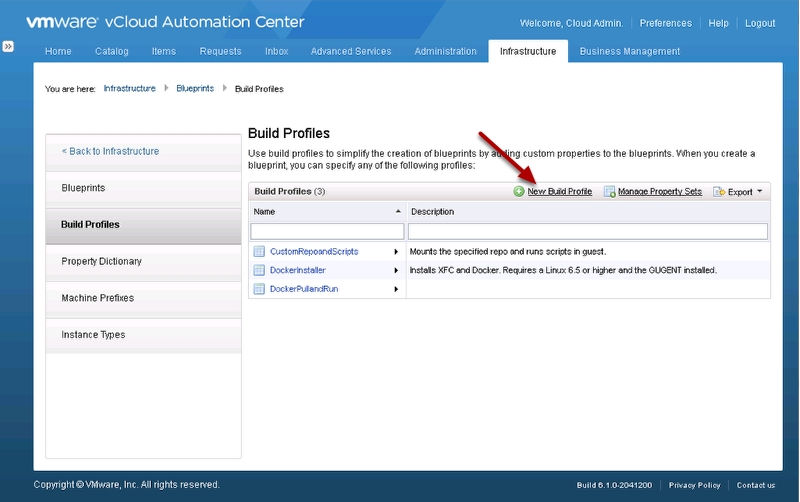 Now navigate to your Linux guest agent blueprint and attach this build profile to it and save it.

What this integration will actually do: It will call the repomount.sh script to mount the NFS share on the server you specify and to the directory you speicfy at request time. It will mount that NFS share to the /repo directory in the guest. Next it will execute the script you specify that is in the NFS share. The script will always need to run relevant to /repo.

Almost there, now we will need to create a test script on our repo server. I have setup a Linux server and I exported a directory named scripts as a read only NFS share. In that directory create a file named helloworld.sh with the following and save it. 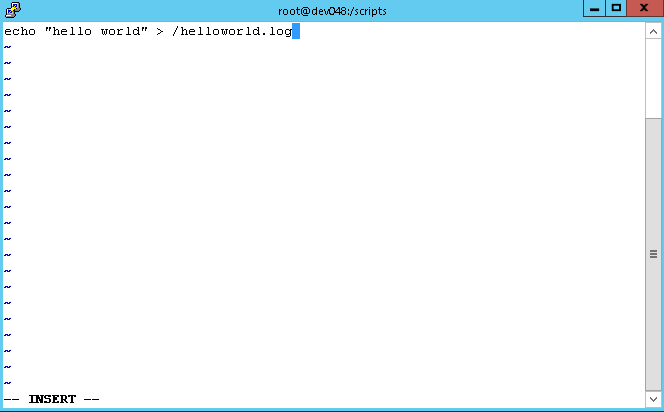 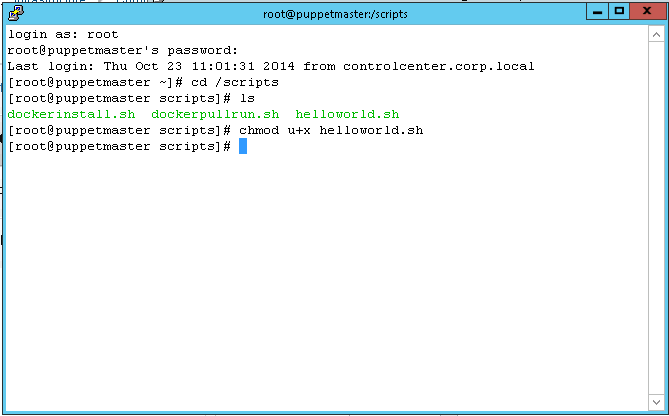 Before we use the command line let’s do a smoke test from the vCAC UI, open the catalog and fire off a new request. Your request form should look like this. 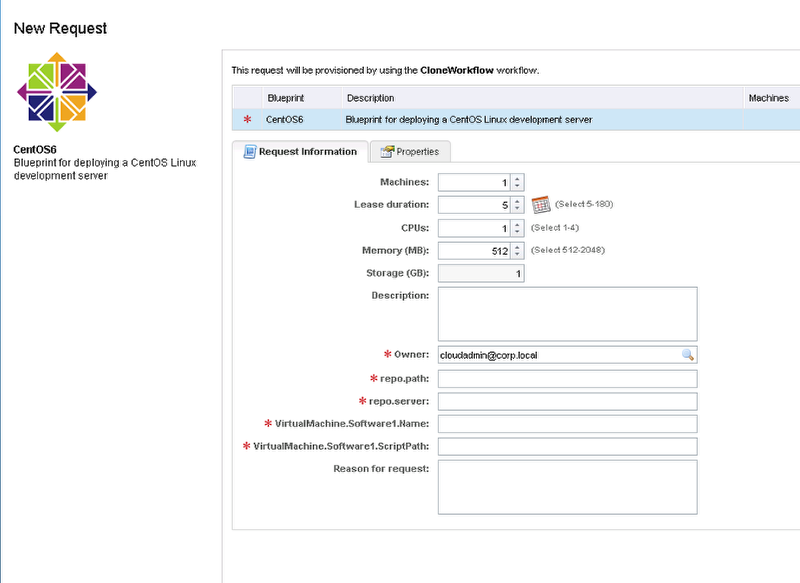 Let’s fill in the details to test this integration. Fill int he fields below with your NFS information and click submit. 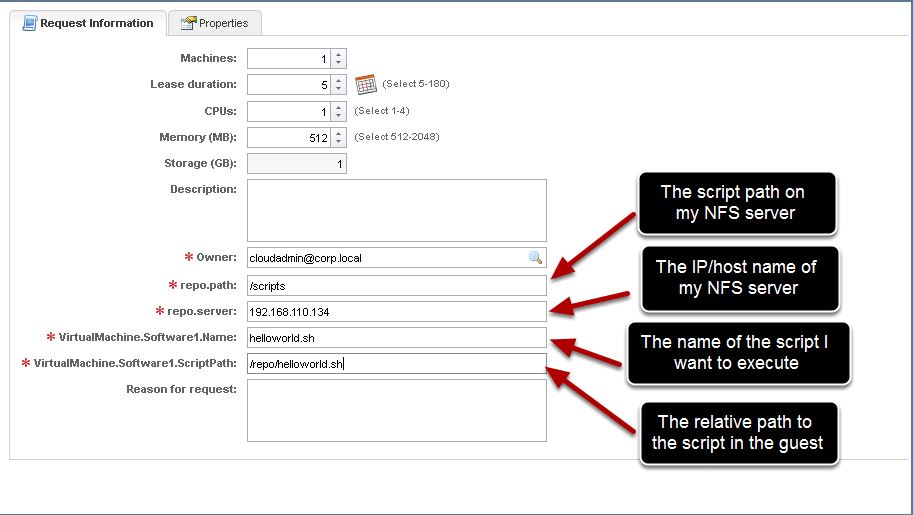 If all worked as expected, login to your newly requested VM and check the root for the helloworld.log file. 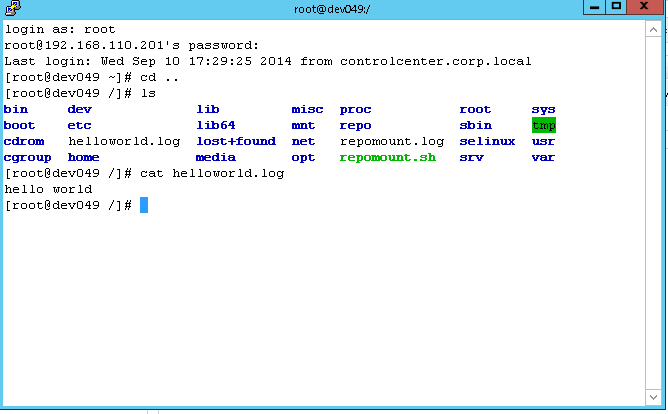 Ok enough using the GUI, we know developers aint got time for that! Launch cloud client and accept the EULA. I am using the Windows version, type cloudclient.bat You should see the following screen.

Now we need to login to our vCAC instance, type the following to connect

Type the following to verify connectivity

Now let’s request that VM, mount a repo and run scripts in the guest. Type the following and press enter.

In the vCAC portal you should see a new request in progress. But let’s take a look from the command line. Type vra provisioned item list and if your machine is ready you should see the following.

Open an SSH session to your new machine and check for the helloworld.log file 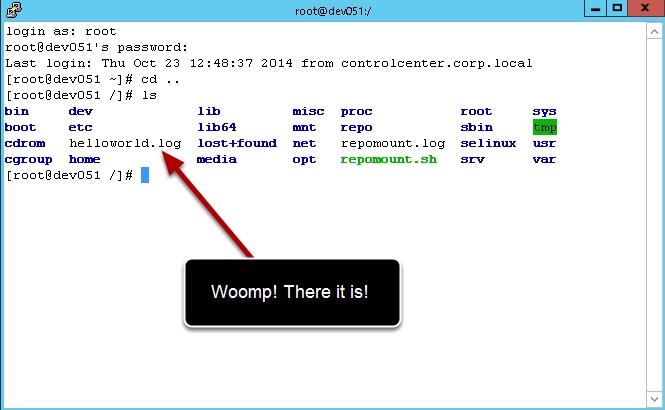 Let’s just recap what we did and think about how powerful this is for your developers.

So where do we go from here! Now your developers are enabled to write scripts that can do a number of things like install software, configure the server, pull artifacts from a repository, install configuration management solutions like Chef, Puppet, Salt or Even docker. All of this completely scripted and automated. The future is now!!