It seems that Docker is all the rage right now. One of the limitations I noticed when playing with Docker in my lab is that pulling images from the Docker Hub can be a bit slow and storing images on Dockr hub may not be desirable if your building applications with sensitive information. So why not have your own registry out in vCloud Air? It’s both private and super fast.

The following shows what we will be creating. A local Docker Registry that you can push and pull your images to and from. This allows your developers to work of a local registry when running docker VM’s in vCloud Air. Developers can work on-prem or off site depending on your organizations policy. If most of your Docker nodes are on your local network in your data center you may want to install a local registry in vSphere as well to save on network bandwidth to and from vCloud Air. 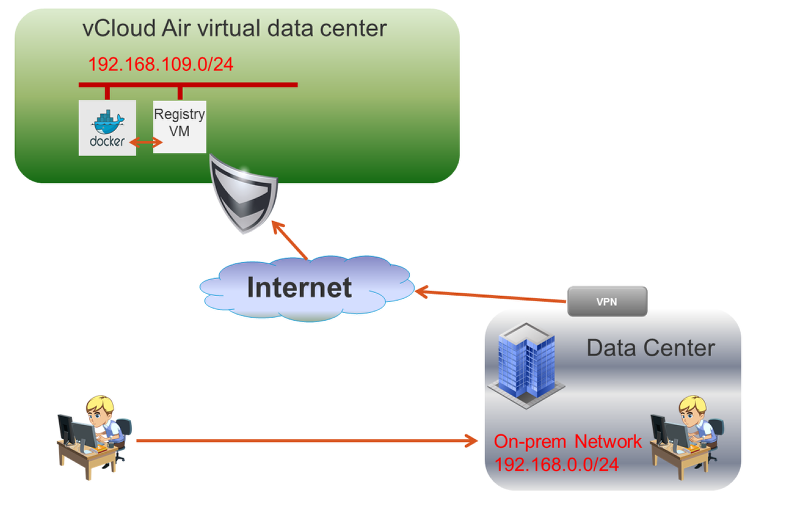 Log into your vCloud Air Account and create a new CENTOS 6.4 64Bit virtual machine (Note: if you already have a CentOS 6.5 or newer in your private catalog start with that and save time. ) 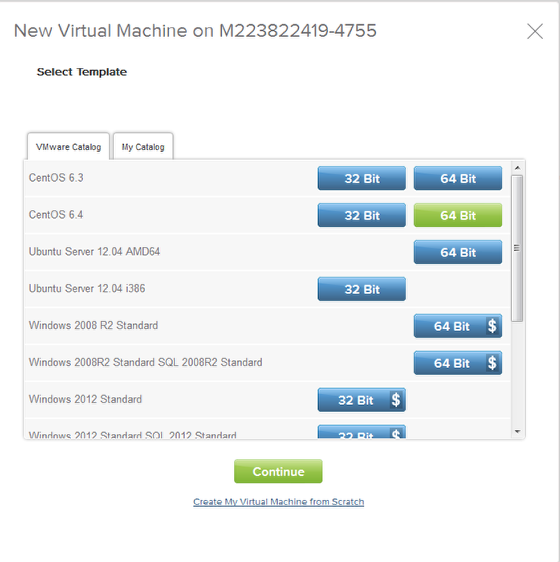 Now name the new Virtual Machine and assign a network. You should assign a network that has external or proxyd internet access and has VPN or other method to access the virtual data center from your local network. 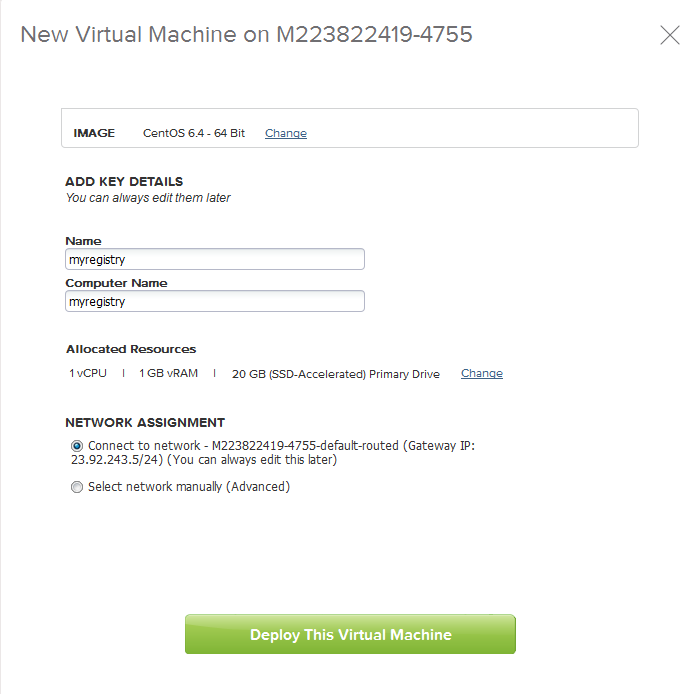 Go to the Guest OS Customization Tab and Change the radio button to Specify a password and uncheck Require administrator to change password at first login then press ok. 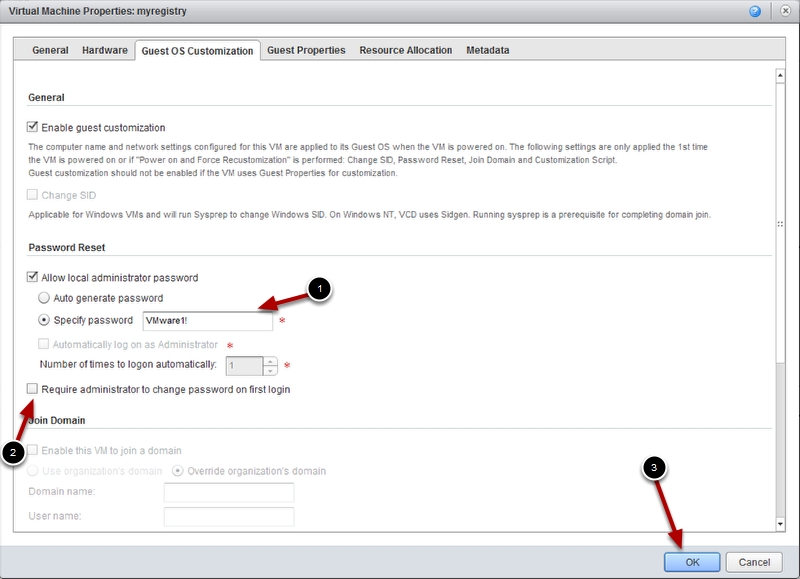 When the virtual machine is powered on and guest customization is complete either SSH into the new VM or open the console and login. Then type cat /etc/redhat-release and press enter

Notice it is only running CentOS 6.4 but we need 6.5 or newer to run Docker. Let’s fix that. 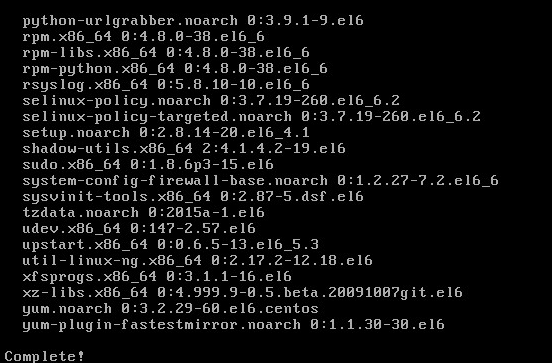 After the update completes type cat /etc/redhat-release and press enter and you should be updated to CentOS 6.6 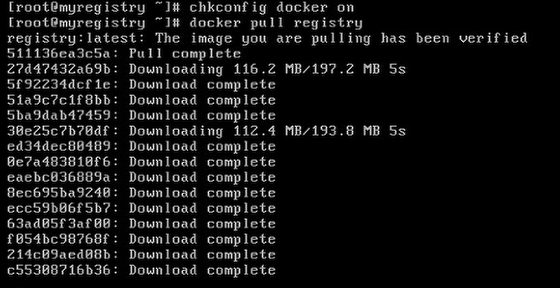 Now that our registry is running we can go to another docker node and pull and push files to it. But first we need to tell the Docker Daemon on the docker nodes to use an insecure channel to talk to the docker registry we created. Stop the docker server by typing service docker stop and press enter

Open a web page to the docker host and verify the container started! Enjoy all the extra time you will get back!! 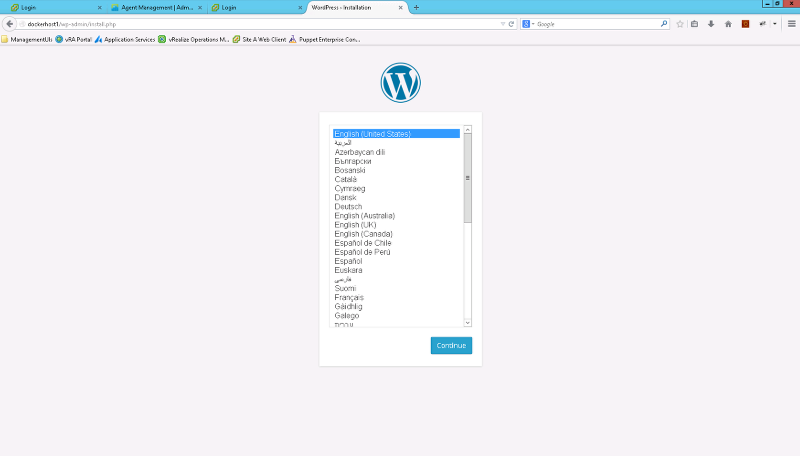